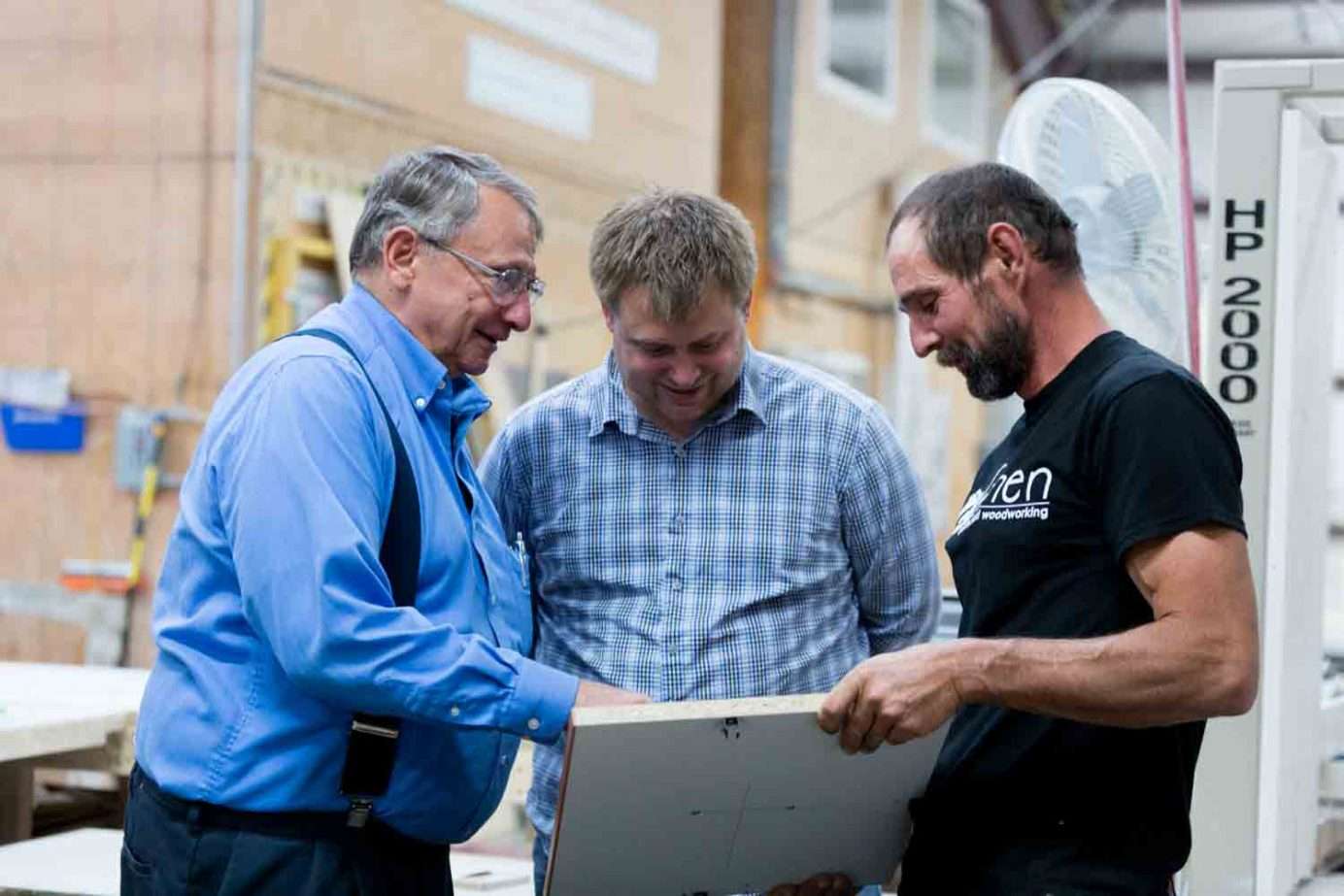 This is Part Three of the 3-part excellent inspirational and business article on Phillip Cohen with Cohen Architectural Woodworking written by Michael Dash for his series From Addict To Entrepreneur now appearing on Thrive Global https://thriveglobal.com

The inspirational story of being born into chaos, overcoming addiction and manic depression and building a successful supportive $12 million woodworking company.

All of the lessons Phil has learned, he puts into practice at his company. His employees call their workplace their sanctuary. He recognizes the triggers that affect people, such as undue mental and emotional stress from unfinished tasks or unresolved conflicts. Phil established some rules to better manage them. If a task is to be done and is not completed at that moment, then it gets scheduled so it isn’t carried around mentally all week causing people to constantly try and remember what they committed to. Whenever two people are in conflict, they have 24 hours to resolve it privately and respectfully because Phil believes, and I agree, when you’re carrying around all these unresolved conflicts, that’s when you’re going to look for a way to medicate. Phil also provides the necessary training to help people confront each other in healthy ways. This allows employees to develop the necessary communication skills to work at their very best.

Phil also has his employees list of all the basic life skills they never were taught, and he has them go down the list; some examples are managing money, managing sexuality, relating to women, relating to children, managing emotions, etc. Seeing this list allows his employees to identify the areas of weakness and address them.

You see back in 2005 when Phil started hiring employees he didn’t believe good employees would come and work for him. Because of this belief he hired people who were like him. He hired people who had been involved in felonies, who had addiction issues and came in as broken people. They were screwed up people, just like Phil.

Phil talks about this strategy, “I’m not like the guy up here who’s helping the people down there. I’m still one of them just finding my way and so we kept raising our standards. When people come in we tell them we’re not looking for addicts and felons, we’re looking for people who will conquer whatever gets in their way. Many times, people who have gotten that low are ready to get up and fight for their life and for their family and for their future. So, if they come here I don’t care what their background is, we tell them to draw a hard line on their past bad choices and never cross it. Start becoming the person you’re supposed to be, and we will help you get there. But if you cross that line we let you go.

“Every culture needs its own language and we have ours. Like the 4D’s that will get you fired: Drama. Drugs. Dishonesty. Defects.

Drama: Bring the best version of you to work. This shows respect for your fellow workers and our customers. If you have a conflict with someone, please resolve it privately and respectfully within 24 hours. If you need help or coaching with this, please come to us.

Drugs: We do random drug testing. If you test positive, unfortunately we must let you go. You can reapply for a job in 30 days.

Dishonesty: We never knowingly misrepresent anything. We tell the truth, even when it hurts.

Defects: This is because the customer pays us to deliver it right, the first time.”

Along with the 4D’s Phil came up with the 5C’s as well. These 5C’s are core criteria the company drives which Phil summarizes below:

“Character – if you have bad character that’s a disqualifier whether everything else is in line or not.

Competency – you want to be the best in the world at what you’re doing, whether you’re an engineer or a craftsman or a leader whatever it is.

Culture fit – you respect our culture and create good chemistry with your fellow workers.

Correction – it is important that you can both take and give correction because if you think about it… to drive between here and the next city, if you take your hands off the steering wheel what’s going to happen? So how many times you need to correct your vehicle, going from here to there and we need course correction all the time so you need to have an acquired taste to be able to take correction and give it.

Commitment – when we see commitment then you start coming up in the company.”

By integrating the 4D’s and the 5C’s Phil has seen great success. For example, Phil hired a guy who used to be the biggest meth dealer in the region who is now one of their project managers. They trust him with millions of company dollars.

Another employee’s parents were both drug dealers, He wasn’t allowed to have any friends. When he was twelve someone murdered two of his cousins. One of them fell on him, leaving him with nightmares. He became an addict himself, and landed in prison. He got married and he and his wife had a rocky marriage. He started attending 12-step meetings a few years before he came to work for Cohen. Cohen hired him as a laborer. He worked his way up from the bottom and is now an estimator also trusted with millions of dollars’ worth of decisions. His wife also works at Cohen, and she says it’s her dream job.

Their plant manager came in straight from drug rehab. It was his first job out of rehab and he was also hired as a laborer. He is now on the verge of becoming the COO of the company.

Phil says not everyone has survived and thrived in their environment. Some people aren’t ready to look inside themselves and face what is going on and the behaviors they need to change. However, these are the few versus the many and do not impact Phil’s focus of continuing to reach out and giving others a second chance.

In 2013 Phil’s management team decided to conduct an experiment to see if they could use the Bible and prayer to build their business. Phil describes what happened, “Some of the guys were not Christians, some of them had no Bible knowledge and we just started building it and we created a sanctuary work place where we don’t allow drama or dishonesty. We don’t allow adversarial relationships with our customers or anybody, and instead we’re here to serve and help other people succeed. I crafted a metaphor back in 2015 with a tree in Powerpoint and I said what if we spend the entire year making a healthy root system for the company.” His advice, “Do everything it takes to make the company and the people in it healthy and see what happens.” That year they almost doubled their sales.

Cohen Architectural Woodworking is now a $12 million company in Missouri. Phil’s company averages between 75-90 employees in a 54,000 square foot facility and uses a lot of high-tech equipment making custom millwork and cabinets for clients nationwide. He has won several awards for his efforts and was recently named the 2017 Small Business Administration Businessperson of the Year for the State of Missouri, and one of the most admired CEO’s in the St Louis region. I truly admire the road Phil has travelled to get to where he is today. The environment he has set up within his company is to support other addicts and give them a safe place to not only have a job but more importantly to grow as human beings, to feel valued again and to learn life experiences so they are better in all aspects of their life. On top of this, the woodworking that his company does is impeccable and I would encourage everyone to check them out at www.cohenwoodworking.com.

If anyone is interested about learning more about Phil’s company and programs he has instituted, please reach out to him at phil@cohenwoodworking.com.